Backpackers' Introduction to
Weather in India

"Weather in India" was last updated on March 05, 2012
All information below is subject to change

In terms of size and landscape, India is vast and enormous. This also means that there are strong regional varieties in the climate and weather.

It ranges from the hot and dry deserts in Rajasthan to the tropical and humid climate in south India.

From snow in the north to constant sweating in the south.

In this article I introduce you to the weather in climate in the most important regions/cities/towns, with a (short) description of how the climate actually is.

Average temperatures are given because I don't have the capacity to give you the exact temperature at any given time.

Trends on average temperatures and heaviest rainfalls give you guidelines on when you should travel to specific destinations in the country.

Read my conclusion at the bottom, where my specific recommendations are listed.

I've been to Delhi twice, in October and March. March was really hot during the daytime, and pleasant in the evening. Visiting Delhi in October was a little 'colder', but still hot during daytime.

In Rajasthan (desert region), it doesn't really rain much compared to other destinations in India, like Delhi or Kolkata. I traveled in Rajasthan in October and March, and it was way hotter in March. October was more pleasant.

I spent almost a week in Jaipur in March, and most days were sunny. The climate was likewise in Pushkar when I was there during the hot season.

Absolute maximum temperature (not average): 46° (May)

I visited Varanasi in March and it was hot during daytime. In the morning though, the temperature was very pleasant, almost like I was 'freezing' but the temperature showed 14-15°.

Most days started with overcast morning, then the skies cleared and it was sunny the rest of the day.

Summer time from June to September is the best time to visit Kashmir, especially around Ladakh. The days will be warm and sunny, and the evenings pleasant. In the winter, temperature falls below zero and roads are often closed because of heavy snowfall.

Darjeeling and the Sikkim area attract lots of travelers because of the Himalayas and trekking opportunities. Visiting these destinations also gives you a break from the heat that otherwise roams north India.

The months of June, July and August are not the best months to visit Darjeeling and the Sikkim area because it will be rainy or overcast. Overcast and cloud cover makes the view of the Himalayas less spectacular during these months.

I remember my first days in Mumbai when I visited the city in October. Of course, during daytime it was hot and humid as hell, then temperatures dropped in the evening. The temperature drop was very pleasant.

Sunny in Goa - end of October/beginning of November

Heaviest rainfalls: June and July, with July being the worst rainy month

I visited Goa in October, and the temperatures were perfect. It was hot and sunny during the day, but there was this breeze coming from the ocean making the climate perfect. It was also at the end of the wet season, so there was still some chilliness in the air.

In mid-October, streams of backpackers and tourists started to fill Palolem (south Goa).

Goa in February and March was of course hotter and sunny, but still a good breeze coming from the ocean.

Temperatures below are for Kochi. The temperatures along the coastline of Kerala is almost the same as those in Kochi (except at the hill stations).

Kerala is generally hot and humid all year round because of its demographic location. I stayed in Kerala for 5 weeks from February to March, and it was hot every day.

I was sweating excessively, more than I did in north India.

It was bearable during those months, but I noticed that the temperatures started to rise at the end of March. I would probably spend my time in Kerala on a beach or at a hill station during the worst of hot season.

Thinking about the weather becoming even hotter and humid than it was in March, is just not bearable to me.

The hill stations and mountains are popular during the hottest months in the south. Not just popular among travelers, but also locals from Kerala and neighboring states.

It's still hot at the hill station in Munnar and Wayanad district, but there's a cool breeze blowing most of the time during the summer, which makes it a lot more pleasant :-) 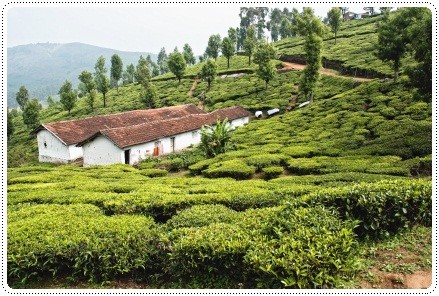 Absolute maximum temperature (not average): 40.5° (April and May)

Visiting Ooty during March to May is extra popular among travelers since the temperatures are quite perfect and pleasant. Month of May attracts more people than usual because of the annual Flower Show.

Return to top of Weather in India

Dry season is the tourist season in India. I've traveled in the north and in the south, during two different seasons, and I can tell you that nothing beats the humidity in the south. The dry season will be packed with foreign and local tourists and backpackers.

It's more pleasant to travel in the north because of lower humidity, but it's still hot. There's one thing south India gives you though, which north India doesn't have, and that's beaches!

March to June are definitely extra hot months with higher humidity. Weather-wise it's not impossible to travel in India during these months, but I would suggest to combine sightseeing with hill station visits and beach vacation as well.

It's hot at the hill stations in south India, but because of the breeze you won't be sweating that much. Visiting Kashmir during the summer season is excellent, but the opposite when you're in Darjeeling and Sikkim area (from June to September).

If you're traveling in north India (Delhi, Varanasi, Rajasthan, Kashmir, Darjeeling) during the winter season (November to February), remember to bring some extra clothes (sweater, thin jacket). The temperatures are 'low' in the morning, right after sunrise and after sunset.

All in all, it's possible to travel all year round in India. But you should avoid the wettest months since recent weather experiences show that floods occur during these months.

Floods affect everything, including the public transportation.

Return to top of Weather in India 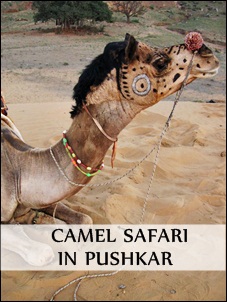 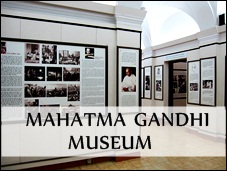