Getting There:
Cheap Asia Flights

So, you've finally decided that you're going to take that trip.

All you need now is a flight ticket :-)

Researching the best tickets is a long process, and most of the time it's about the right timing.

This article covers tips on how to find cheap flights to Asia and Asia travel deals.

And also when and where to buy tickets, and much more.

Cheap Asia Flights:
How much is a cheap ticket?

First, let's start with the big (and difficult) question.

Getting there is not a problem! The best way to travel to Asia is by airplane. It's your biggest expense, so it's not cheap. But it's faster.

Usually the tickets are cheaper when you buy them like, 6 months before the date you're planning on leaving. So, if you buy your ticket like 3 weeks before planned departure, you can't really expect to pay rock-bottom price (in the high season)!

When is the high/peak/low season in Thailand, Laos, Cambodia, Malaysia and India?

The high season in Thailand, Laos, Vietnam, Cambodia and India runs from November to February. The low season is from May to October.

The high season in Malaysia and Indonesia is from June to August (applies to east coast of Malaysia and Malaysian Borneo).

The high season in South Korea and Japan is in the summer (June, July and August). For Hong Kong, the peak season is in the spring and fall, but this has changed the last couple of years with tourists visiting Hong Kong all year round.

Cheap Asia Flights:
When should I book a ticket? 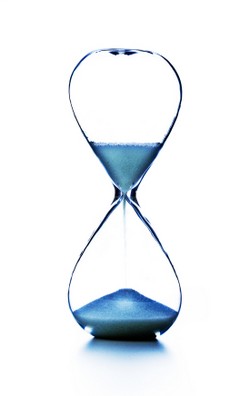 For flights to Asia during the high season, you should book a ticket at least 6 months ahead, if not one year.

There's only a certain number of cheap tickets, and when these are sold out, you're usually stuck with the expensive ones.

Airlines start to sell cheap tickets early to 'lure' potential customers. They have to do this because of the tough competition.

My mom runs a travel agency (called Villarey Travel) and has told me:

"Amanda, if you want to get cheap fares to Asia, book them one year before if possible. If not one year, then book 6 months before."

She has successfully run her business for over 10 years now, so I can't say anything against this. She knows the deal.

On the other hand, because of the unstable oil prices, the flight taxes keep rising and dropping.

For example: I bought tickets to Kuala Lumpur for $1000 three months before departure in 2009 ($1000 is the cheapest ticket I've ever bought for Asia from Norway, in such a short time)

But you never know.

So, all in all, it's better to be early when buying a ticket.

Remember that there are NO black-and-white answers to when you should a book/buy a ticket, to get cheap flights.

It's all about timing to get cheap international flights.


How to buy tickets

Should you buy a ticket online or at a travel agency?

What to consider when buying tickets

What should take into account when you're looking for cheap Asia flights?

Get the tips here!

Find out more about the credit card rule, and airlines/travel agencies going bankrupt.

Travel overland, or fly? What to do when you've bought a ticket!

What are your options for cheap flights to Asia?

Are you traveling to Thailand and wondering about Thai airlines?

I've written about the most popular airlines in Thailand here: Learn more about Thailand Airlines