"An introduction to the capital
- Accommodation, Nightlife and Things to do in Manila" 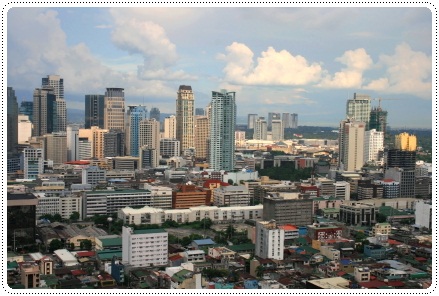 Last updated on March 09, 2013
All information below is subject to change

How to get to Manila

Things to do in Manila

Manila is the capital of the Philippines, and also the gateway to the beautiful islands and beaches in the south, and a gateway to the rice paddies, mountains and jungle trekking in the north.

This capital is like any crazy mega city in Southeast Asia: humongous, chaotic and boosts a variety of accommodation, nightlife, shopping and things to do in Manila.

Even my parents who are born, raised and lived in the Philippines for over 20 years think that Manila is overwhelming!

Every time they visit their native country, they already know where to sleep in the capital: Makati City. Staying in Makati is their kind of vacation from all the hassle and noise from the rest of Manila.

Many travelers stay in Manila Bay the main tourist area in the city. If you want a quieter and less stressful atmosphere take a good breath in Makati city.

The last time I visited Manila was in January 2009. It was a family trip and we stayed in luxurious Makati, and also a couple of nights in Manila Bay.

How to get to
Manila Philippines

Where: Ninoy Aquino International Airport is located along the border between Pasay City and Parañaque City in Metro Manila. It is about 7 km south of the country's capital Manila, and southwest of Makati City.

Taking a taxi to Manila downtown is the easiest way, and you should get a taxi ticket at one of the ticket booths in the arrival hall.

By road, Manila connects well with all major cities and towns in Luzon.

Various bus companies have teminals in the city, and the majority of bus stations in Manila are located around EDSA (Epifanio de los Santos Avenue), in Pasay City.

Victory Liner is one popular bus company and it serves mostly northern Luzon. For instance; a bus ride from Baguio to Pasay cost PHP 455 per person.

Which bus terminal will you arrive at in Manila? That's a golden question! It depends on the route and bus you take.

Check out Victory Liner's terminals (opens in a new window)

Most ferries leave/arrive at the North Harbor and South Harbour in Manila.

Read 'Leaving Manila' section for more information on which pier the ferries will dock.

A piece of warning: The traffic in Manila is chaotic, and every vehicle tries to squeeze into every inch possible. Getting in and out of Manila downtown can be tiring. Some bus drivers also have a reputation of driving really fast. In my experience, I believe that many drivers drive fast, whether it's the bus or the minivan, in traffic or not in traffic.

We took a minivan from Pampanga to Manila back in 2009, and back - it was the most frightening moment in my life. It was peak traffic in Manila, and still our driver (who happens to be my dad's cousin) drove like a maniac. I did survive it, or else I wouldn't be sitting here.

The Manila port is divided between north and south harbor.

Pier 15 is close to Manila Hotel, near Rizal Park in Ermita. Getting to North Harbor is trickier and it's advisable to take a taxi.

Important places to know about: 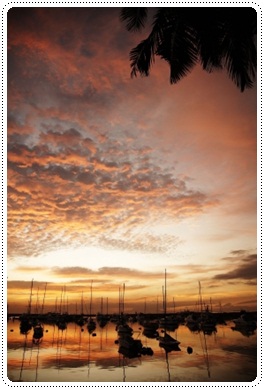 You'll find most of Manila's budget accommodation in Manila Bay area, in Ermita and Malate.

At Malate Pensionne a budget room cost 600 PHP per night.

Other budget accommodations are Bianca's Garden Hotel (from 1000 PHP per night).

Staying at cozy Pension Natividad gives you more value for your money than other places in the area.

In Manila Bay, you'll find a large variety of restaurants, banks and ATMs, malls and shops.

If you want to stay in Makati without blowing your whole budget, you can find a few budget accommodations at the northern end of Makati avenue.

Rates at Robelle House start from 895 PHP per night.

Where is Robelle House: 4402 Valdez Street, off Makati Avenue

In Makati you also have Makati Apartelle.

The Makati Apartelle is within walking distance to restaurants and supermarkets.

Another popular area in Manila is Paranaque City (south of Manila), located right by Manila Bay.

A favorite accommodation among travelers in this area is Isla 8817 guesthouse.

You can enjoy staying in the big lounge where you can relax in the hammock while reading your favorite books.

Islas is the ideal place to stay after your long and tiring trip since it is only 15 to 20 minutes away from the three airport terminals.

Read reviews of Islas 8817 at TripAdvisor

Review of hotels in Manila Philippines 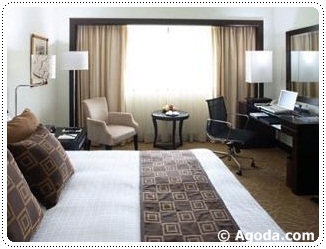 Do you want to spend your night at a 5-star hotel in Makati, Manila?

Here's a review of 5-star Intercontinental Hotel and Mandarin Hotel in Makati City - tested and tried by me and my cousin :-)

Things to do in
Manila Philippines

So many sights and attractions can be found in Manila! Here are some of the worthy ones:

Since the Philippines was a Spanish colony for hundreds of years, and also an American colony, its history is deeply reflected in the architecture of the forts and churches.

Rizal Park is one of Manila's landmarks, and also an important place for Filipino families to do their picnics because it gives them a breathing space from the rest of the city.

Another favorite among some travelers is the American Cemetery and Memorial. It contains a total of 17,202 lives, most of whom lost their lives in operations in New Guinea and the Philippines. 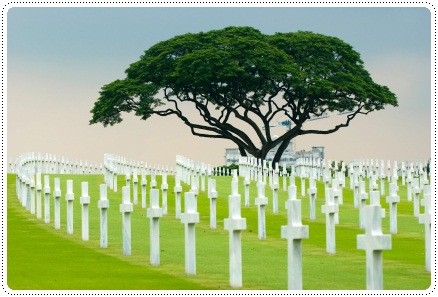 The cemetery is open daily to the public from 9 am to 5 pm.

Stop by Chinatown as well, and get lost in the narrow streets, shop cheap and visit Chinese temples.

Here's everything you need to know about the park: how to get there, admission cost, review and up-close pictures! :-)

Ermita and Malate is where it happens for backpackers, and it can get very loud and crowded. It's party-action!

High-class nightlife can be found at the bars and night clubs in Makati. There's normally a dress code at the fancy nightclubs.

My Cousin's 28th Birthday at Hooters in Manila

Wondering how the Manila nightlife is?

My cousin Andros celebrated his 28th birthday at a Hooters restaurant in Pasay City, and will tell you about it! :-)

Birthday at Hooters Restaurant in Manila

Return to top of Manila Philippines 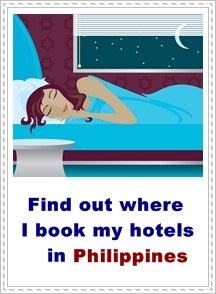