Introduction to
Weather in Hong Kong

"Weather in Hong Kong" was last updated on Feb 28, 2012
All information below is subject to change

Hong Kong has a sub-tropical climate and is dominated by four seasons.

Winter is from December to February, spring season from March to May, summer from June to August and fall season from September to November.

Even though it has four seasons like many Western countries, the climate here is special because it gets really hot and humid and it's prone to cyclones. Asian style ;-)

Heaviest rainfalls: June to August (August is the wettest month)

We visited Hong Kong in December/January, and it was sunny most days, but as soon as we came under a shadow, it was freezing! Warm in the sun, but cold in the shadow. You're going to need sweaters and jeans, and probably a light jacket.

The summer receives most rainfalls and they're unpredictable, but they usually don't last long. The heavy rains start early in April/May, and it gets worse in the summer time.

Hong Kong is also prone to cyclones/typhoons and they generally occur between May and November, particularly in September. Hong Kong Observatory keeps an eye on the cyclones. They have their own website so you can check out the latest forecasts.

If you can handle hot weather and high humidity, the summer would be perfect for you. Many travelers visit Hong Kong during the fall season since the temperatures are still high, but the humidity lower than in the summer time.

If you're planning on visiting Hong Kong as part of a Southeast Asian trip in the high season (December to February in Southeast Asia), remember to bring extra clothes for the occasion.

Looking for a guesthouse or hotel in Hong Kong?

Return to top of Weather in Hong Kong 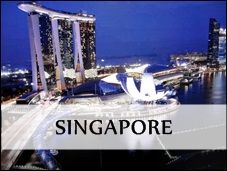